Just got home from a long ass trip just to leave to go to KOH and as soon as I got home I looked at my gear and though to myself … fuck I have a lot of gun belts. Then after I gathered all my shit together to take photos for this blog I remembered where I came from before with battle belt(s) setup(s).

Some people will remember my other blog that ive been posting on since 2009 and the shit guns and gear I used to own. On this blog I found this gem in the archives.  First up is this pretty standard setup from ar15.com. 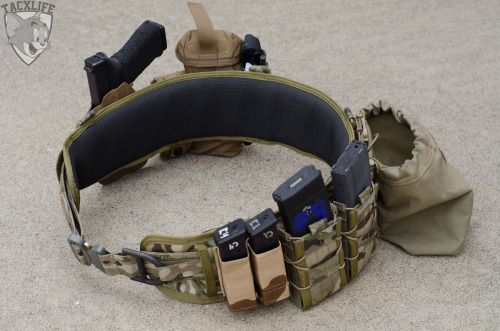 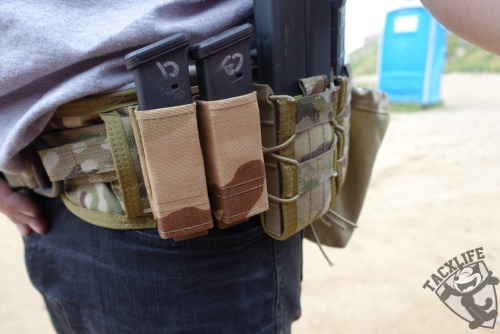 I just sold this belt setup last year.. meaning I owned this thing for long enough to be mad at myself.

HSGI Padded belt , HSGI inner belt , HSGI taco’s , Armiger Kydex , Dark Angel Medical , Maxpedition Rolly polly , Esstac pistols kiwi’s and a fucking Leatherman mut on this thing.   I bought this thing in maybe 2013/2014 and continued to run it for most range trips up until 2019 .

During this time I was shooting USPSA in Southern California and built a shooters belt while using Safariland and Armiger kydex. I should have just ran this belt the entire time instead of that massive HSGI .

This belt was rigid and worked fucking wonders for my comp shooting needs, shit I had ELS on this thing with a dumb holster on a boss hanger.  This belt was used 99% for shooting production class at small matches so I never needed anything more than 3-4 mags.. Check out that Cookie Monster race cut holster and the neon pink mag carriers.  I haven’t used this belt in about 2 years since ive moved onto shooting different guns with different mags.

Once I moved to vegas and thought I was going to get into shooting limited because I bought a DVC-L , I had to get a new belt and went with a Double Alpha setup. This belt started out as a full double alpha load out including the AA holster for the DVC I had at the time. 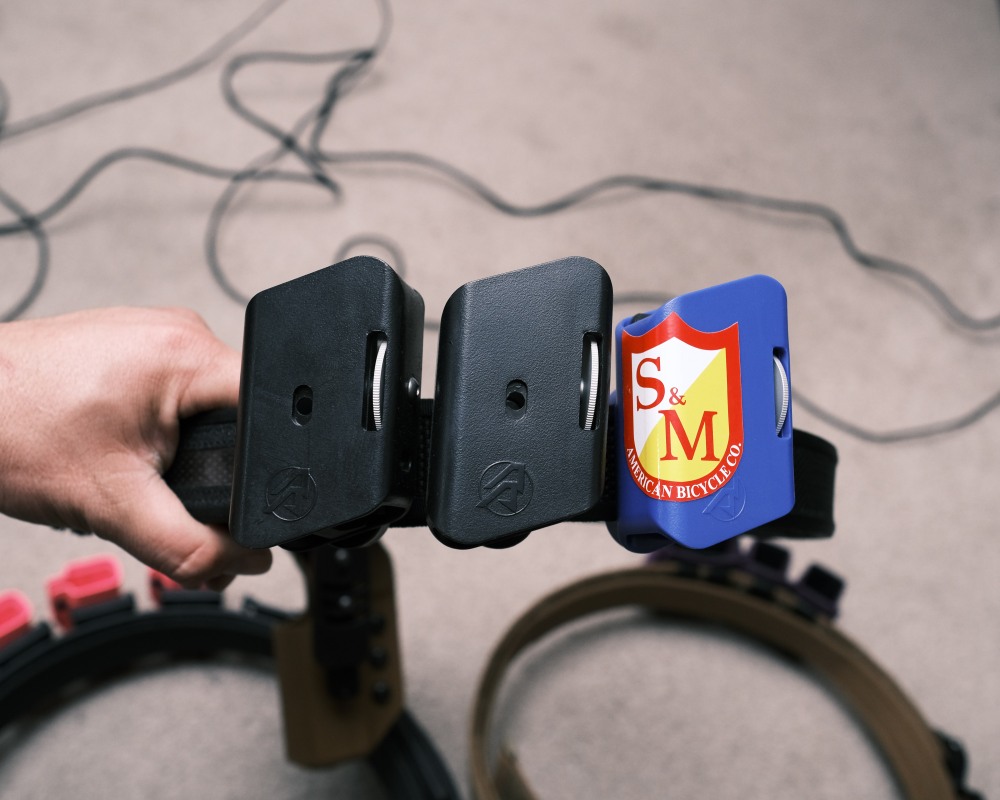 After I sold the DVC-L and went the way of the DVC-P I picked up a Huron LSH race cut for the DVC-P and kept the rest of the belt the same way with AA mag carriers and belt.  I will be honest here and tell you that I haven’t shot this belt since I got the new holster because I havent shot the DVC-P in comp. That will change here soon though.

My current belt that replaced my dumb battle belt is a Blue Alpha Gear range belt. This thing is stiff as fuck and uses an inner belt like everything mentioned above.  I am running a QVO DVC-P holster that Roger made for me when I got the gun. The mag carriers are Esstac Kiwi’s in purple, because they fucking rule. I keep this thing super simple with 2 pistol 1 rifle and a holster, and I shoot with this thing every time I go out. 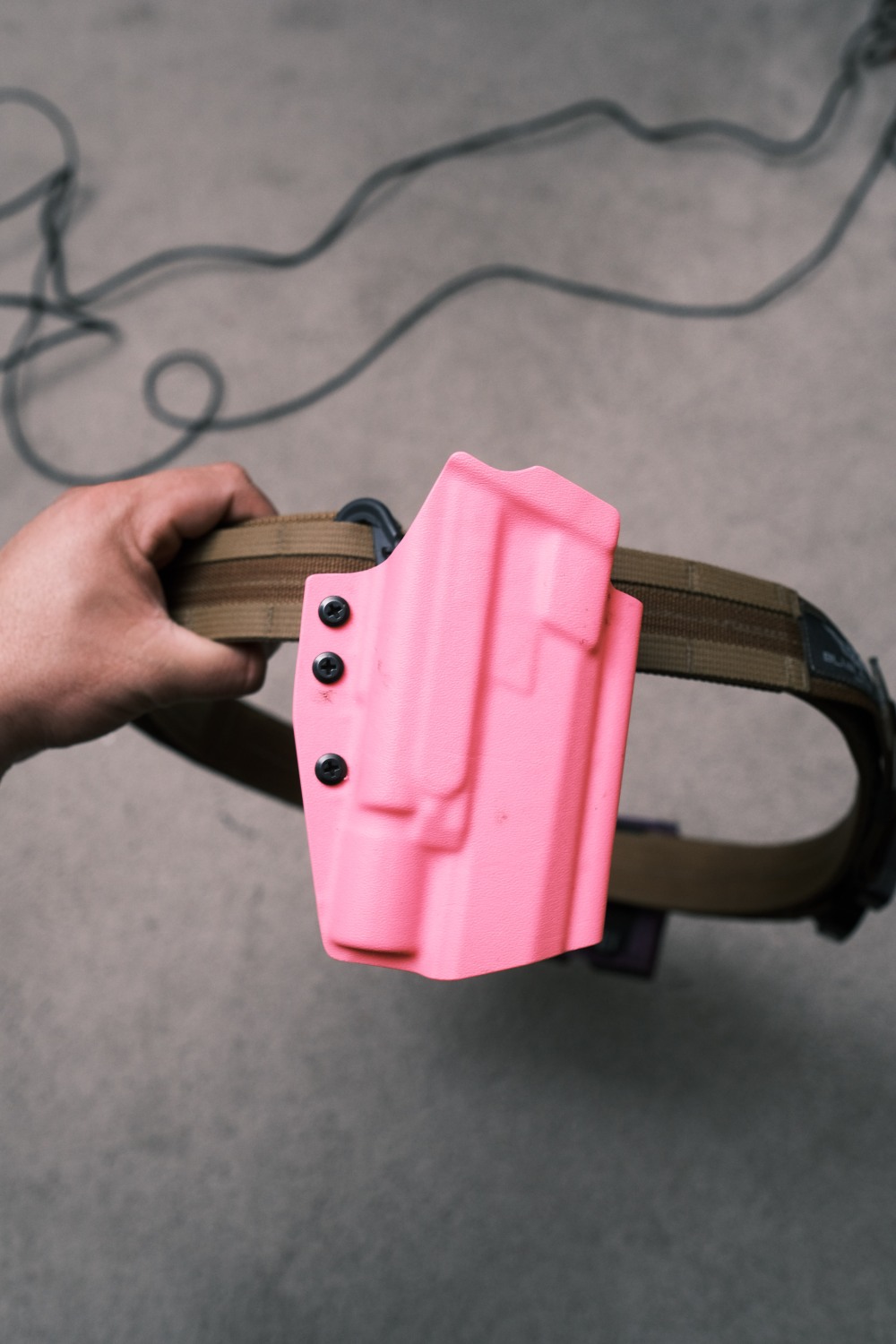 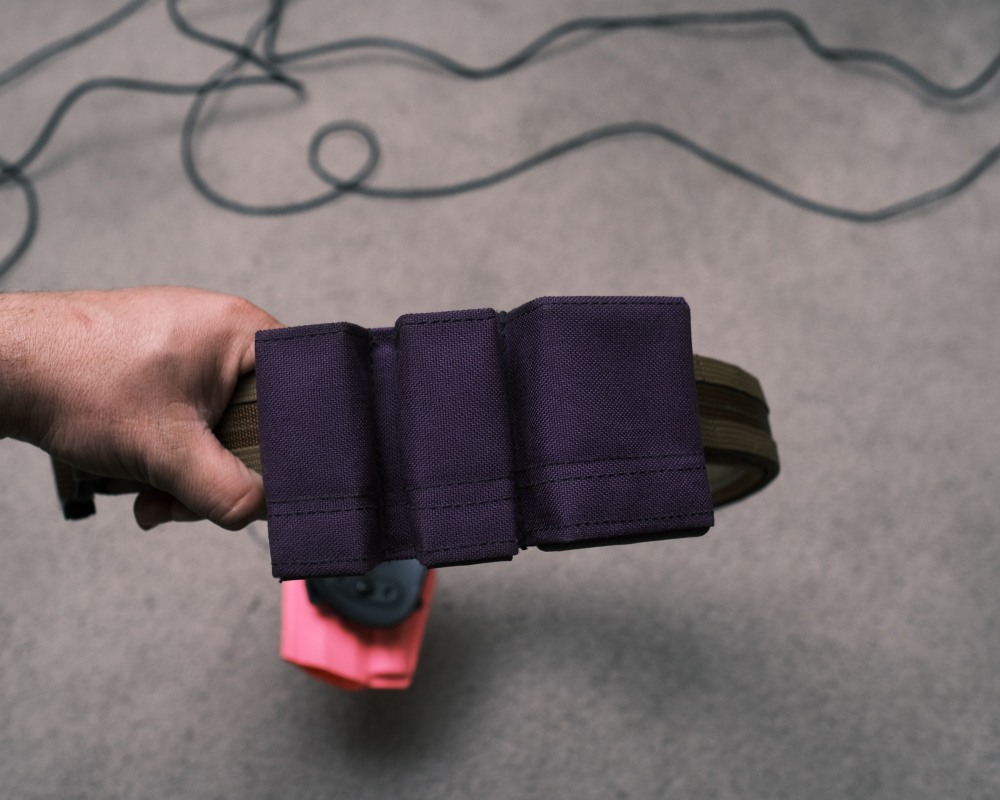 This thing has been fucking fantastic and I tell everyone if they are looking to get into a low pro belt that this is the one to go to. Since this thing pulls double duty and I use it for PCC and rifle plus pistol, I can say that its worth every penny I spent on it.

In the last 10 years of buying gear I really never used as much as I should have and then ending up buying a bunch of shit that I ended up hating. Im in the sweet spot of what I own and use whenever I shoot.